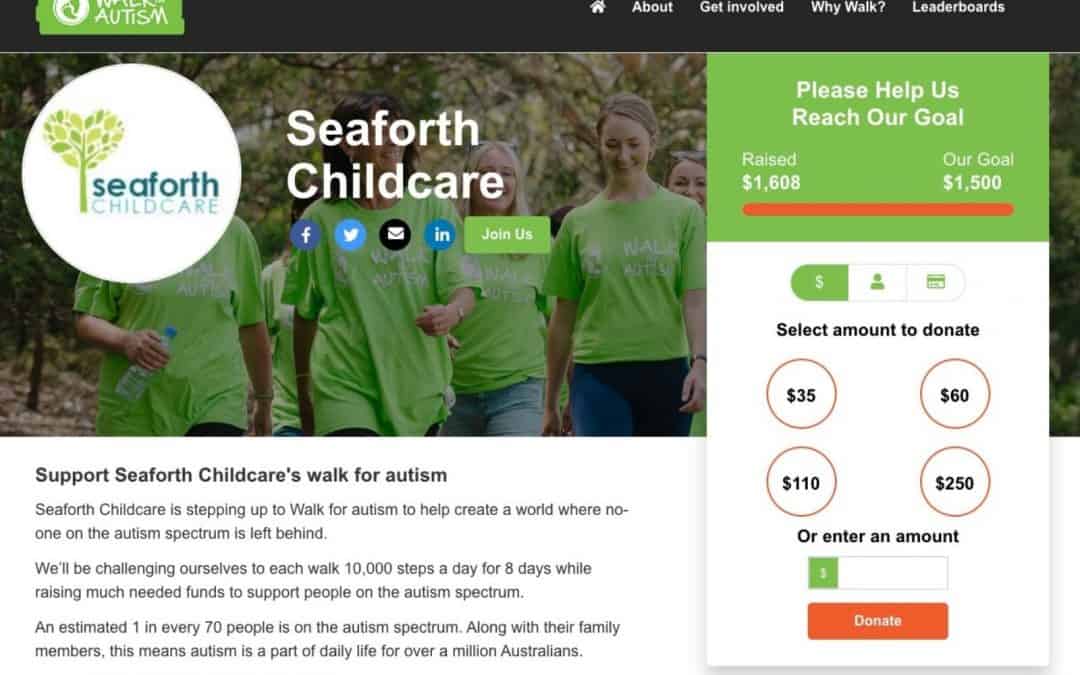 Around 1 percent of Australians have autism, and it’s most prevalent in children aged 5-14, according to the 2017 Autism in Australia report. An estimated 1 in every 70 people is on the autism spectrum, and along with their family members, this means autism is a part of daily life for over a million Australians.

As Seaforth Childcare, we’re passionate supporters of helping all children reach their potential and welcomed the chance to raise money this year for Walk for Autism.

In doing so, we hope to do our bit to create a world where no-one on the autism spectrum is left behind.

Our fundraising efforts were spearheaded this year by Ashleigh Reeve, our Educational Leader. Ashleigh organised a team of keen walkers to raise money, with a goal of $1500 – and we’ve been so excited to surpass that, with over $1600 raised so far (and Seaforth Childcare has also added in an $800 donation).

Thank you to all who have supported us and supported Walk for Autism. If you’d like to donate to what we feel is a very good cause, there’s still time – you can do so here.